You Are a Legend

A legend does not necessarily have to be someone who is famous or wealthy, or even talented. It simply means that one person has influenced another in such a way that it has had an impact on the direction they may have taken, or how they have chosen to live their life.

Therefore basically, it means that you have made a difference !!! 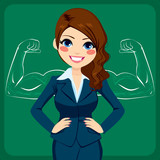 Once this has happened. Woo hooo. You have then become a legend.

Isn’t this what success is all about?

It just takes one idea, one thought, one action that can set in motion a chain of events that can flow on from that.

A legend is really an ordinary person that has chosen to do something extraordinary. They have passion and an insane belief in themselves that their idea can produce something worthwhile…. That their idea can benefit another. Once you have that belief – anything is possible.

Fear of failure holds most of us back. Sure ofcourse we may fail. But guess what, we may also succeed.

Every single business started with a dream. One single idea which then grew and grew. Whether it is a small idea or a big one, either way – you can make a difference.

Some of our biggest legends the world has ever known were told their idea would never work. What separated them from the ordinary though, was that they kept on going until they succeeded. Their passion fuelled them to the point of obsession as their self-belief would not accept defeat.

So have a think ladies…which legend has shaped you in some way ???

My legends who influenced the person I am today were:

The very famous Gabrielle Bonheur – known to the world as Coco Chanel. This was a woman from very humble beginnings who grew up and defied society by refusing to wear a corset. Coco Chanel revolutionized fashion for women by designing her own clothing which had an emphasis on sporty, casual, comfortable yet ALL so very chic.

It was not the fashion that drew me to Chanel, it was the fact that she believed that she had the right to choose what she would or would not wear. Her strength and her pride were qualities that I always aspired to be like.

Another legend of mine who is also famous is the beautiful Belgian-American fashion designer who stepped outside of the box and unleashed her iconic little wrap dress to the world. Diane was told by many of her business consultants that this design would NEVER work. I am talking about Diane Von Furstenberg who went with her own intuition and followed her instincts. That little wrap dress built her a fashion empire.

However, the biggest legend of all who had a massive influence over me was my late father. He instilled a very strong work ethic in me and taught me that trying something and failing, was so much more rewarding than not trying at all. He taught me to always be my own person and to do what made me happy, not others. To look the other way when someone judged or mocked me and if I wanted to follow my ideas and dreams, then that is what I should do.

These 3 legends all had that insane self-belief that with hard work and focus it is possible to reach the stars.